No products in the cart.

In that time, Q Acoustics has redefined every market it has entered, from the affordable to the high-end, from stereo and home theatre sound to the revolutionary Q Active wireless audio system.

Founded in 2006, in audio history terms, Q Acoustics is a relatively young company but our achievements have far exceeded out fledgling years. Formed by experts in the audio industry, they tasked themselves with making the best affordable loudspeakers in the world, recruiting world class acoustics engineers and industrial designers to make this a reality.

Since the introduction of the 1000 stereo and home theatre loudspeaker series in 2006, the company has continued to build on the success of this foundational and award-winning range, producing series after series of innovative, leading-edge and best-selling passive, wireless and home cinema loudspeakers. Q Acoustics’ unique approach is clear in the ground-breaking engineering and ingenious construction of its products – and the result is the most life-like, thrillingly realistic sound. 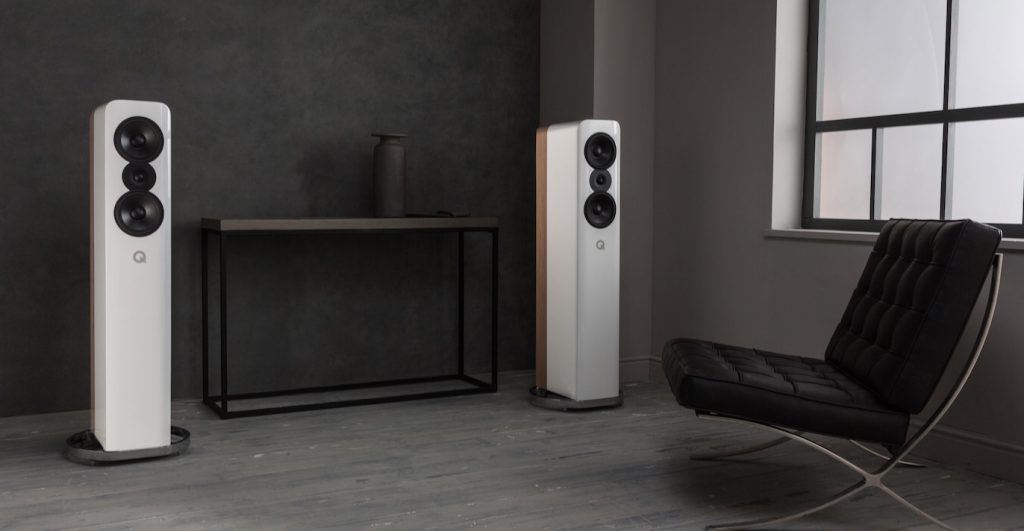 Our Technology Is The Magic Behind Our Unmatched Acoustic Performance

From our unique, resonance-silencing Gelcore™ cabinet construction, first introduced in our flagship Concept series of speakers, to our innovative P2P™ (Point-to-Point) bracing and HPE™ (Helmholtz Pressure Equalizer) tube technology, Q Acoustics is committed to deliver these audio innovations throughout its loudspeaker ranges. 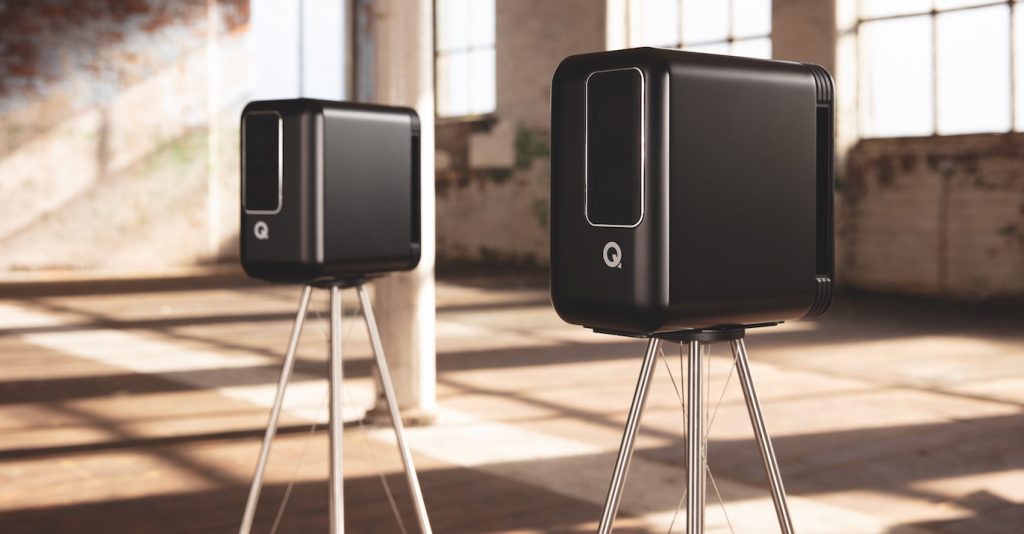 Racking up a raft of 5 star, Highly Recommended, Best-in-Class, Editor’s Choice and Product of the Year awards from the world’s leading critics, these accolades simply confirm what every Q Acoustics owner already knows: Q Acoustics builds the most innovative, high-performance loudspeakers you can buy. 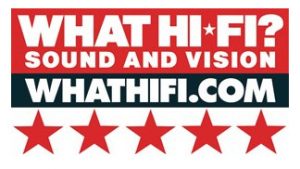 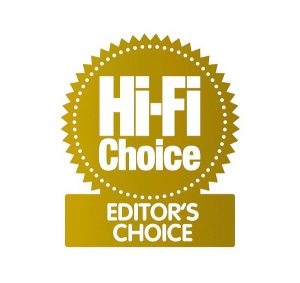 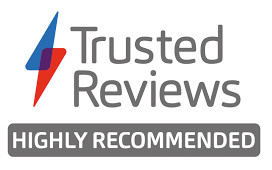 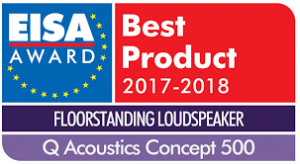 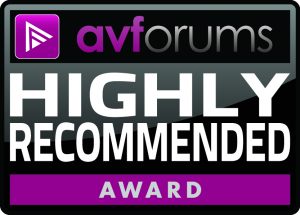 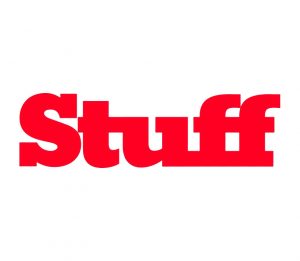 2006  The first product to be launched was the 1000 series, a competitively priced range of Hi-fi and Home Cinema cabinet loudspeakers, which soon became best sellers.

2009  The 2000 series refined the technologies present in its award-winning 1000 series predecessor, to set a new standard for our celebrated loudspeaker line.

Next came QTV 2. Speakers that were specifically designed to improve the audio performance of flat panel TV’s; a FIRST for the industry utilising BMR, a wide dispersion driver technology perfectly suited to AV products, ensuring the entire room was filled with TV sound.

2011  Q Acoustics launched the 7000 series; a 5.1 style speaker system, a triumph of form and function, containing the latest technological acoustic breakthroughs from the Q Acoustics engineering team. It was promptly awarded the What Hi-Fi ultimate accolade as “Product of the Year”. The 2000 series became the 2000i series as we completed an exhaustive overhaul to all audio-sensitive elements. The Q Acoustics team continued to innovate and create loudspeakers with superior acoustic quality, reproducing recordings as naturally as the original performance.

2013  The Concept Series was born, beginning with Concept 20 and showcasing ground-breaking cabinet making skills and introducing another industry first with GelcoreTM technology, which massively reduced cabinet distortion for the purest sound. Recognised by What Hi-Fi with the ultimate accolade as “ Product of the Year” the following year.

This year also saw the launch of the Q Acoustics team’s first Bluetooth enabled active hi-fi speakers with the QBT3.

2014  The team expanded the Concept series with the Concept 40 floorstanding speaker, one of the most remarkable Q Acoustics loudspeakers to date. To provide the ultimate Home Cinema experience the Concept Centre was added to the growing range.

2014 also saw the launch of our very first ‘one-piece’ in the shape of the M4 soundbar incorporating BMR driver technology, with that superior room-filling quality. The critically acclaimed M4 soundbar quickly progressed to win What Hi-Fi ‘Product of the Year’ twice!

2015  The 3000 HiFi and Home Cinema series was launched, once again building on the class-leading innovation and craftsmanship of its predecessors to create a new range of world-class loudspeakers.

2016  The M7 combined the sleek style and performance of the award winning 7000i range, with a compact and powerful music and home cinema 2.1 amplifier with true stereo separation and Bluetooth connectivity.

2017  The M3 soundbar saw beautifully engineered sound meet beautiful design with the introduction of HMDI (ARC). The M3 went on to win the T3 Awards ‘TV Sound Product of The Year’. 2017 also saw the launch of Q Acoustics flagship, ‘Formula one car’ speaker Concept 500 floorstander. This speaker pushed the boundaries and set new standard for high end speakers with technology including Dual Gelcore, Point to Point Bracing and Helmholtz pressure equalizers. Concept 500 was reviewed several times stating that you had to spend more than twice the amount to get anything that would come close to its performance and won the prestigious global EISA award.

2018  The M2 was launched as the first soundbase product, combining M3 electronics with an even more compact form and hi-fi grade cabinet. The M2 won a 2018 What Hi-Fi? Product of The Year Award. The 3000i range used much trickle down technological learnings from Concept 500 including Point to Point bracing and pressure equalisers, the cabinet sizes also increased by 20% over its predecessor to allow for even more bass response. 3000i has received global acclaim and also won What Hi-fi? Product of the Year status on consecutive years for the home cinema packages.

2019  Concept 300 set out to redefine what was possible from a stand mount speaker. It uses much of the Concept 500’s driver and cabinet technology with the addition of brand new and innovative ‘Tensegrity’ stand, which combined with an integrated isolation base gives one of the quietest cabinet and stand combinations available today. Concept 300 has been critically acclaimed globally and received a Hifi world 5 globes and Diapason award.

We listened to our customers who wanted more bass and launched Q B12, a powerful 12 inch subwoofer and the first in a new range of subwoofers which you can use with any of our speaker ranges.

Q B12 has received international acclaim and a What Hi-fi? 5 star.

Q Active is the most significant product launch to date, a ground up uncompromised design of ‘The perfect Q Active speaker’. Q Active was designed around 3 core principles – Versatility, Sound and Design and takes all of these to a class leading status in an entire high-resolution wireless audio system designed to fit conveniently and seamlessly into your lifestyle.

So here we are, almost 15 years old with world-renowned audiophile speakers, all built around the Q Acoustics commitment to be the best in class.

In our fifteenth years, Q Acoustics is still developing world-class products and we believe that we are just reaching our prime.